The Ministry of Finance is ordering commercial banks to ensure that Corporate Social Responsibility (CSR) funds are not used by terror groups.

The ministry sent a circular to all banks late last month stating that CSR funds, which corporations and organisations set aside for social causes, should in no way benefit terrorists or be used for subversive activity, Aslam Alam, Bank and Financial Institutions Division (BFID) secretary at the Finance Ministry, told Khabar South Asia.

“We have also asked (the central bank ) to frame a combined rule on the CSR spending with the inclusion of militancy. Once done, it will help the government to get the corporate houses to fight the menace of terrorism and violence,” he said of the September 22nd request. 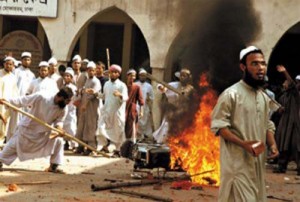 “There are allegations that money from the CSR funds of the Islami Bank went into militant financing,” State Minister for Home Affairs Asaduzzaman Khan Kamal told the Dhaka Tribune in September.

“Islami Bank never gives any money to the terrorists. We use our CSR funds to run subsidised hospitals that serve the underprivileged and give scholarships to poor and meritorious students,” he told Khabar.

Until now, CSR policies and rules contained no language preventing Bangladeshi terrorists from accessing and using such money. But banks could face punitive action if they do not abide by the new provision.

BFID’s circular is the latest effort by Prime Minister Sheikh Hasina to cut off funding for terror groups. In 2012, her government enacted the Money Laundering Prevention Act and amended the Anti-Terrorism Act by which terrorists and terror sponsors can receive death sentences depending on their gravity of their crimes.

Experts are lauding the latest move, which they say will force commercial banks and corporations to help the government fight extremists.

“Islam never allows anyone to support the terrorists in any form, financially or morally,” Md. Shahidullah, associate professor of Islamic Studies at Rajshahi University, told Khabar. “Anyone doing it will equally be responsible for the crimes the terrorists commit.

“So, giving legal support to terrorists is condemnable.”