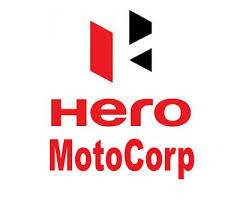 The large-cap company has an equity capital of Rs 39.94 crore. Face value per share is Rs 2.

Hero MotoCorp said this is its first overseas joint venture (JV) to set up a two-wheeler manufacturing plant outside of India, since it commenced its solo journey almost three years ago.

Hero said it will hold 55% stake in the new JV while the Nitol Niloy Group will hold the rest 45% stake. There will be a total equity injection of $12.6 million in the ratio of 55:45 over a period of two years. The new venture will have a capital expenditure (capex) of $23.2 million in the first year of its operation (financial year ending 2015) and a total investment of $40 million over the next five years.

While the manufacturing plant will be operational by the second quarter of the fiscal year ending March 2016, the Hero range of two-wheelers are already being made available in Bangladesh through the initial 50 retail outlets.

Mr. Pawan Munjal, Managing Director & Chief Executive Officer, Hero MotoCorp said: “The commencement of our operations in Bangladesh is a significant milestone in our strategic global expansion plans. In addition to being our first overseas joint venture, this is also where our first manufacturing plant outside of India will come up. Once operational by the second quarter of Financial Year 2015-16, the plant will have an annual capacity of 150,000 units. We are aiming to have around 20% of market share here in the first year of our operation. With the setting up of the state-of-the-art world class plant here, we will bring the latest modern technology into the country. This will generate direct & indirect employment and opportunities in the country. I am delighted to have the Nitol Niloy Group come on board as our partner in this market. Jam sure with their rich experience in this market we will be able to provide convenient, fuel-efficient mobility to every customer.”

Mr Munjal inaugurated the first of the flagship Hero showrooms in Dhaka. More outlets are also being rapidly added in markets across the country, the company said in a statement.

Hero MotoCorp is the world’s largest two-wheeler manufacturer in terms of production capacity.