On Nov. 4, the two went to the country as part of Next Level, an international cultural exchange initiative created by UNC Chapel Hill’s music professor Mark Katz. The program selects U.S. hip-hop artists to travel with one of six residency teams to Bosnia-Herzegovina/Montenegro, India, Serbia, Bangladesh, Senegal and Zimbabwe. Each residency team contains 4-5 DJs, emcees, beatmakers and dancers. 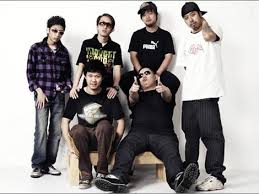 Their job is to teach hip-hop technical and creative skills, while also discussing and exemplifying conflict resolution strategies and U.S. diplomacy to international youths.

JocElyn ellis is a 27-year-old banking professional who lives in north Charlotte and has been singing and playing piano since childhood. She composed her first song at age 12 and started playing in a band, D4G, at age 16.

She moved to Charlotte from Durham at age 18 to attend UNC Charlotte, where she graduated in 2009 with a degree in international business. Ellis released her first solo album, “Life of a Hologram,” in November 2013.

She calls her music neon folk – a mixture of urban, electronic and folk music. Ellis said her beats and musical baselines are inspired by hip-hop, and that influence came from her mentor and album co-executive producer Benie Beatz.

“Hip-hop represents something that transcends cultures,” she said. “It’s the unification of something so ingrained in all of us.”

Ellis said she hopes to spread a message of love, unity and authenticity.

“It’s all about vibe,” Ellis said. “ The truth of what the moment means to you, and you have to live and embrace that moment.”

Barden, 30, got into music after he was hurt during a college wrestling match at UNC Chapel Hill. He said he started working as a music promoter; then, in 2007, he was asked to help deejay at UNC’s Rams Head Dining Hall.

“I accidentally blended two songs together,” he said. “ After that, I got lost in the music for hours.”

Barden became a success on the local club scene and left school. In 2010, he performed well in hip-hop competitions, such as the Winston Salem Hip-Hop Summit and Red Bull Thre3Style battle in Charlotte. He then became part of Jukebox Heroes DJ Crew, a community of DJs from across the state.

In 2011, Barden gave his demo to Katz for one of the professor’s music classes. Katz then offered a music class on the art and culture of the DJ, and he asked Barden to co-teach the class. Since spring 2013, Barden has co-taught three classes.

Barden has lived in Charlotte the past two years. He regularly works as one of the Charlotte Hornet’s digital DJs.

“There’s not much in the world like music,” said Barden, who lives in Plaza Midwood. “You don’t even have to speak the same language to understand it or to connect through it.”

Barden said he will teach some technical aspects of his craft on the trip, but it’s important not to get consumed by the rules.

“The founding purpose of DJing is no rules,” he said. “The most important part is learning to read the floor. … You have to be a sociologist without a degree, read and react.”

Next Level was funded through a grant from the U.S. Department of State Bureau of Educational and Cultural Affairs in September 2013.

Katz said he applied for the grant because he’d been teaching hip-hop classes and using the genre to reach out to minorities and the poor.

“The program the State Department was advertising complemented what I was already doing, so I decided to apply,” he said.

“This is the first time ever a group of American hip-hop artists have visited Bangladesh,” Hayes said. “This is sure to break barriers and forge new bonds.”