India has joined countries such as Indonesia, the Philippines and Bangladesh that have a Category 2 rating in aviation safety. US Federal Aviation Administration (FAA) authority has downgraded India’s aviation safety rating, citing a lack of safety oversight, meaning the country’s carriers cannot increase flights to the world’s biggest aviation market and face extra checks for existing ones. 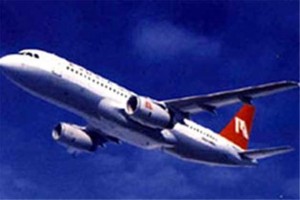 India said it expected to resolve by March all concerns raised by the US Federal Aviation Administration, including appointing an adequate number of flight operation inspectors, and would ask the US regulator to review its decision.

“The FAA has determined that India at this time is not in compliance with the international standards for aviation safety oversight,” the US regulator said in extracts from a communication released by the Indian government on Friday.

Hours after the FAA downgrade, United Airlines said it would suspend a marketing pact with Jet, with effect from Saturday. FAA rules bar US carriers from code-sharing arrangements with airlines from countries that have been downgraded.

Shares of Jet Airways shares closed Friday down 3.7 per cent in Mumbai, the Indian financial capital.

“It’s very disappointing and also surprising,” Indian Aviation Minister Ajit Singh told a news briefing on Friday after the FAA said it was downgrading the country to Category 2 from Category 1.

“In our view, 95 per cent of all the issues raised have been solved,” Singh said, adding Indian would address all of the FAA’s concerns by March.

Amber Dubey, head of aerospace and defence at consultancy KPMG’s Indian unit, said safety regulators in some other countries may follow suit after the FAA downgrade, which would then affect carriers such as IndiGo and SpiceJet that fly to Asian and Middle Eastern countries.

The European Aviation Safety Agency said on Friday it was closely monitoring operations by non-European Union airlines but so far had “no major concerns” with regard to India.

Transport Canada said Air India and Jet Airways continue to hold certificates to fly to Canada. The Canadian regulator verifies airlines comply with its own and world standards, and can suspend permission for violations.

Airlines from Category 2 countries can continue operations at current levels under “heightened FAA surveillance” but cannot expand or change services to the United States, under the FAA’s International Aviation Safety Assessments programme.

State-run Air India does not have any plan to increase flights between India and the United States, Prabhat Kumar, head of India’s aviation regulator, told reporters.

The FAA downgrade should not affect Air India’s talks on joining the Star Alliance group of carriers, Aviation Minister Singh said on Friday.

Jet Airways, which last year sold a 24 percent stake to Abu Dhabi’s Etihad and is expanding its international flights, did not reply to an email seeking a comment.

The FAA, which reviews the air safety preparedness of different countries, audited the Indian aviation regulator in September and December last year and had raised issues such as insufficient flight inspection safety officers and training of officers who certify a plane is airworthy.

India this week approved appointing 75 officers in a bid to avert a downgrade and said it had addressed 29 of the 31 issues raised by the FAA.

US State Department spokeswoman Marie Harf said the United States and India were committed to restoring India to a Category 1 rating as soon as possible and an FAA team was in India in part to discuss how to achieve that.

She said the regulatory decision was based on the standards of the UN’s International Civil Aviation Organization and had nothing to do with last year’s dispute between the two countries that led to the effective expulsion of an Indian diplomat accused of visa fraud and underpaying her maid.

“These aren’t our standards,” Harf told a news briefing. They’re the ICAO standards everyone has to live under. And we’re committed to working with India to help them get back to a Category One rating.”