India has ceremonially handed over to Bangladesh a vintage Dakota aircraft, which played a crucial role in the country’s 1971 liberation war. 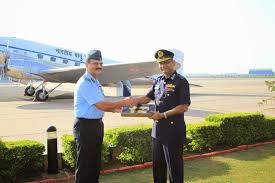 It was used for air dropping troops in Bangladesh’s Tangail during the 1971 war.

The aircraft was flown in from New Delhi in a dismantled state in an IAF’s C-17 Globemaster aircraft and then was re-assembled by IAF’s technical team led by Wing Commander R Deshpande with the assistance of BAF.

The aircraft has been installed at the museum in Tejgaon here.

BAF began its journey during the 1971 liberation war with three aircraft, including Dakota, offered by India.

Primarily, a civil passenger plane, the Dakota was converted into a war plane which the freedom fighters used for a crucial para drop operations in central Tangail on December 11, 1971.

The Dakota aircraft has special significance for BAF as BAF started its journey from Nagaland, Dimapur on September 28 in 1971 with the establishment of ‘K’ flight which possessed one Dakota DC-3, one Otter aircraft and one Alluette helicopter.