With domestic demand for jute bags shrinking, local manufacturers have asked the Centre for concessions to export for countering competition from Bangladesh in global markets. 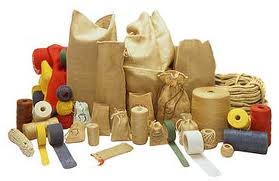 Manufacturers have also demanded that penal duties be imposed on jute imported from across the border to nullify the impact of export subsidies given by Bangladesh, making its products cheaper here in the absence of import duty.

“We met the Textiles Secretary and put across the acute demand crisis that the industry is going through and the steps that can be taken to address the situation,” Indian Jute Mills Association Chief Raghavendra Gupta told BusinessLine.

The jute industry, which provides direct employment to 3.7 lakh workers and supports livelihood of 40 lakh rural families, is going through a turmoil, as domestic demand dropped drastically during the Rabi Marketing Season 2014-15 due to higher carryover stock from the previous year.

The industry expected the situation to improve from May this year, with the start of procurement of jute bags for the Kharif Marketing Season, but Punjab, a major buyer, has not delivered on its commitments.

Many other States, including West Bengal, where most of the jute mills are located, are now increasingly using cheaper plastic bags to pack agriculture produce, especially sugar. This has forced several jute mills to close down while several others are working below capacity leading to workers’ unrest.

“To make things worse, we are swamped with growing imports of jute bags from Bangladesh, which has increased to 2.25 lakh tonnes and is eating into our share,” Gupta said.

India’s average annual jute production is 15.75 lakh tonnes of which about 13 lakh tonnes is consumed domestically while it exports about 1.8 lakh tonnes.

The IJMA has asked the Centre to impose a 10 per cent countervailing duty on imports to take away the advantage of the 10 per cent cash subsidy given by the Bangladesh Government.

“The Centre should also implement the External Market Assistance Scheme for the jute sector pending for the last three years so that we can compete against Bangladeshi goods in the export market,” Gupta said. IJMA also wants the Centre to ask the Punjab Government to source the entire seven lakh bales of jute bags that it had initially promised.