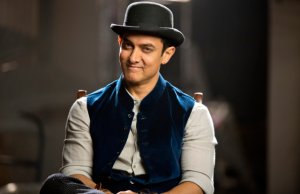 The Indian Express presents the most powerful Indians of the year 2015. Here is a list of Top 10 entertainers from Bollywood industry.

1 Aamir Khan
He is superstar-activist with the winning touch. His movie PK smashed box-office records. His TV show Satyamev Jayate had another successful run.

2 Karan Johar
The producer and chat-show host wields immense clout in Bollywood, as he churns hits year after year.

3 Salman Khan
His huge loyal fan base ensured that Kick was one of the biggest hits of the year. Hosts Big Boss, one of the most-watched TV shows.

4 Rohit Shetty
With the hugely successful Singham Returns, he continues to be a hit machine. Everyone, from SRK to KJo, wants to collaborate with him.

5 Rajkumar Hirani
Having directed and co-produced PK, he retains the tag of India’s most successful and respected mainstream Hindi filmmaker.

6 Deepika Padukone
The actor made two bold strides this year— speaking about depression and taking on a media empire — besides having a good year professionally.

7 Shah Rukh Khan
The success of Happy New Year reaffirms his superstar status. He has had a great innings in cricket too — his franchise KKR were IPL champs last year.
8 Vidhu Vinod Chopra

One of the most successful Bollywood producers, he produced the highest-earning film of last year, PK.

9 ekta kapoor
The producer continues to be the queen of soap operas and has a fairly successful run with movies too.

10 Kapil sharma
His Comedy Nights is arguably the most popular TV show. Every actor makes it a point to promote his movie on the show.