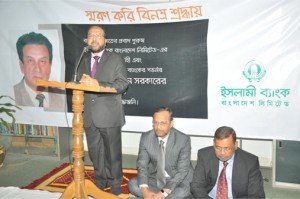 Doa and Monajat was conducted by Md. Shamsul Huda, Executive Vice President & head of Shariah Secretariat of the Bank.