Shares in Japan fell to a two-and-a-half month low on Friday, following a fall in US stocks and the yen gaining strength against the dollar. 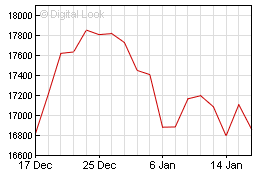 Losses in the US came after the Swiss National Bank moved to scrap its exchange rate cap with the euro.

The move sent the value of the Swiss franc soaring, which put pressure on the euro, and helped the dollar reach a fresh one-month low of 115.90 yen.

When the yen gains strength against the dollar, Japan’s investors worry because it can make exports more expensive.

In Hong Kong, the benchmark Hang Seng index followed suit and finished down 1% at 24,103.52 points.

Bucking the region’s downward trend, was China’s Shanghai Composite, which closed up 1.2% to 3,376.5 despite disappointing foreign direct investment (FDI) numbers on Friday.

Analysts said the figures showed some Chinese companies were seeking greater profits offshore as the mainland’s economy continues to cool.

Shares of trainmaker China CNR hit the upper 10% trading limit on being viewed as a favourite to win a major Mexican rail project.

The benchmark index has fallen some 3% this week – its biggest weekly drop since mid 2013.

Analysts said investors would be likely to remain cautious for some time about the US economy, commodity prices, and concerns around deflation in the eurozone.

AMP investment strategist Shane Oliver said Australia was in “for a rough ride”.

South Korean shares followed much of the region, with the benchmark Kospi closing down 1.4% at 1,888.13.