Bangladeshi scientist Maqsudul Alam, a professor of University of Hawaii who decoded jute plant genome, died of liver cirrhosis at a hospital in the United States at the age of 60.

He breathed his last at Queens Medical Center in Hawaii around 2:18am (Bangladesh time), Mahbubul Alam Babu, a brother of the scientist, told The Daily Star Online over phone. 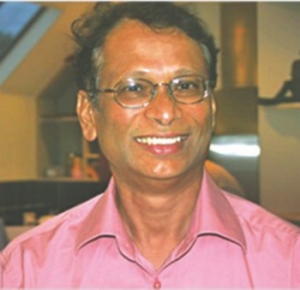 Maqsudul was admitted to the hospital with liver problem on December 2 and since then he was undergoing treatment there, Mahbubul said.

The scientist will be buried in Hawaii on Monday, he added.

He left behind his wife and a daughter, a host of relatives, followers and well wishers to mourn his death.

Maqsudul became globally famous after he and his team discovered the genome sequence of ‘Tossa’ jute—the Jute Plant Draft Genome – in June, 2010.

In this August 19 star photo, internationally famed geneticist Maqsudul Alam, second from left, is flanked by other scientists of jute genome project at the Bangladesh Jute Research Institute.

In this August 19 star photo, internationally famed geneticist Maqsudul Alam, second from left, is flanked by other scientists of jute genome project at the Bangladesh Jute Research Institute.

Following the initial success in decoding jute (tossa) genome in June 2010, Maqsudul led a team of Bangladeshi scientists in decoding the genome of a fungi, deadly to jute, in September 2012.

Three years into the successful genome sequencing of tossa jute, Bangladeshi scientists under the leadership of Maqsudul unravelled the genome sequence of deshi (white) jute in 2013.

Maqsudul had earlier decoded the genome of papaya in the US and rubber plant in Malaysia.