Bangladesh land minister Shamsur Rahman Sharif met West Bengal chief minister Mamata Banerjee at Nabanna on Monday, saying that he felt that the problems on the Chitmahal and Teesta water sharing issues will be resolved soon.

Following the meeting that lasted for nearly an hour at the state secretariat, Sharif said that it was a courtesy visit and that there was no particular agenda for 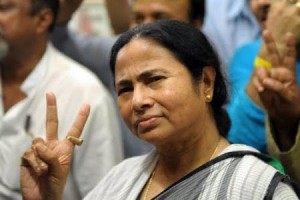 discussion. He said that the West Bengal government was very cooperative. Sharif said that there was positive talks with the Bengal chief minister and that Mamata also expressed on the positive that the Chitmahal and Teesta water sharing issue will be resolved soon. However, The Bangladesh land minister did not specify as to whether there was specific discussion with Mamata on the issue.

Sharif said that disturbances occur in the border area for some people. He said that the Bangladesh government has been fighting against terrorism.

Though The Bangladesh land minister said that there was no specific agenda for discussion, sources from the state secretariat said that Prime Minister of India Narendra Modi is scheduled to visit Bangladesh soon where the Teesta water sharing issue will come up for discussion and the meeting between Mamata and Sharif took place on Monday to discuss on how both the governments were looking at the issue.