The late iconic writer and filmmaker Humayun Ahmed was adjudged the best director and best screenwriter (posthumous) for the National Film Award 2012, which was declared on Thursday through a gazette notification by the information ministry. 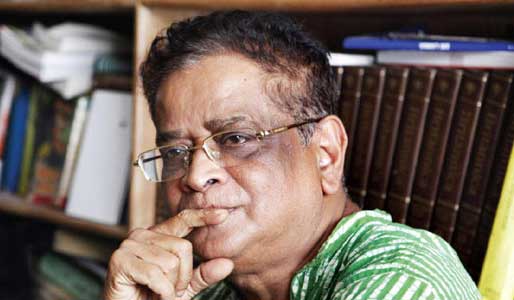 Set in 150 years ago during colonial era in a village in Habibganj, Ghetu Putra Kamola features the tragic death of a traditional ghetu singer. Child artiste Mamun play the protagonist character in the film, which also stars Tareque Anam Khan, Jayanto Chattopadhyay, Munmun Ahmed, Abdul Kuddus Bayati and others.

The film, produced by Impress Telefilm, was the official submission from Bangladesh in the foreign language category of the 85th edition of Academy Awards. Ghetu Putra Kamola also won the Meril Prothom Alo Award and the jury award in the 3rd Nepal Human Rights International Film Festival held in the last December.

Though Humayun Ahmed is considered as the most popular writer after Sarat Chandra Chattopadhyay and a trend setter teleplay writer and director, all of his eight films got huge popularity amongst the middle class people, who showed their back to cinemas set against the backdrop of the obscene films.

Among the obscene and violent movies that are mostly catered, Humayun’s films like Aguner Paroshmoni (1995) and Dui Duari (2000) were like a touch of fresh air.

Humayun Ahmed emerged as a filmmaker at the peak of his popularity as a writer and playwright, which helped him to draw the attention of the masses. Humayun made films just out of his love for the art form. He himself used to say that he was not as technically oriented as a maker should be, yet he made some films having good taste.