Li & Fung Ltd, a key middleman in the global apparel supply chain that faced scrutiny for its sourcing practices after a deadly Bangladesh factory fire plans to launch a safety-consulting business unit.

Li & Fung Ltd, the buying agent for retailers including Wal-Mart Stores Inc. and Target Corp., said it is setting up a new unit to provide buyers and factories with consulting services, financing and insurance to bolster compliance with safety codes.

“The events in the last 18 months, particularly as it relates to worker safety, caused us to rethink our role in the global supply chain,” said Rick Darling, executive director of government and public affairs at Li & Fung, in an interview at his New York office. 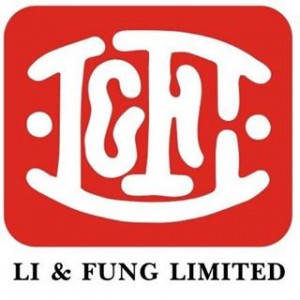 The move comes as the apparel industry faces pressure to improve safety at the factories it relies on to cheaply produce apparel. A factory fire at Tazreen Fashion in Bangladesh killed more than 100 workers in 2012 and the collapse last year of the RanaPlaza building killed more than 1,100 people.

Workers-rights groups question whether companies such as Li & Fung should be used to advise factories and buyers on safety issues. Clothing sourced through Li & Fung was found in the charred remains of the Tazreen factory.

“I wouldn’t trust Li & Fung or external sources to provide these services,” says Sanjiv Pandita, executive director of the Asia Monitor Resource Centre, which tracks labor conditions across the region. “More focus has to be on building local capacity rather than adding a maze of safety (improvements) through an external consultant.”

Amsterdam-based Clean Clothes Campaign, a garment workers’ rights group, said it was concerned “a consultancy approach takes little to no responsibility for the role Li & Fung has to play in the safety issues at the factories they source from.”

A Li & Fung spokeswoman said that its consulting work with factories and vendors “encourages shared value in the supply chain,” benefiting workers, factories and retail customers.

Mr. Darling said in the interview that the company was in a good position to offer these services. “As the leading global supply chain company, we have responsibility to engage more fully and attempt to speed up and expand the safety process improvements that have taken place.”

Workers-rights groups and labor unions are championing a five-year, legally binding safety pact in Bangladesh. Under the Accord on Fire and Building Safety in Bangladesh, participating companies wouldn’t hire manufacturers whose factories fail to meet safety standards and would commit to paying for necessary repairs and renovations to factories.

The agreement has gained traction among European retailers, but major U.S. names including Wal-Mart haven’t signed. A Li & Fung spokeswoman said the company is “committed to and plays a leading role in industry-led groups focused on improved worker safety” in Bangladesh.

Because Li & Fung doesn’t sell its products directly to consumers, it won’t sign the accord even though it supports it.

Li & Fung, for instance, is helping fund worker-safety initiatives that are part of the legally binding accord, the company said. Li & Fung was also among the few companies that sourced clothes through Tazreen to pay compensation to families of deceased workers.

The middleman’s newly created Vendor Support Services group will report to William Fung, chairman of the company, which currently works with 15,000 factories in 46 countries. Hong Kong-based Li & Fung has yet to hire for the group and plans to provide more details of its offerings in March, when it formally announces its business plan for the next three years.

Mr. Darling said the company doesn’t expect the new business to generate “a large portion of our revenue, at least in the foreseeable future.”

Li & Fung is struggling as the company restructures its ailing LF USA product design and marketing business. In the first half of 2013, Li & Fung’s net profit dropped 69% to US$96.4 million, while revenue came in flat at US$9.13 billion.

Analysts worry that Li & Fung’s troubles may run deeper than this business. Such concerns, along with questions about how the company sources its products, have troubled investors.