Malaysia will help Bangladesh in construction of 22,000 apartments in capital Dhaka and a flyover connecting Dhaka with Rajuk’s Jhilmil housing project.

The Malaysian assistance will come under a Memorandum of Understanding the two countries signed in Dhaka on Tuesday, reports UNB. 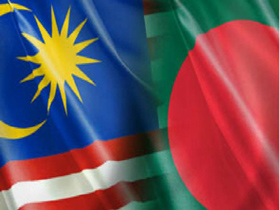 A 13-kilometer flyover will be built connecting Dhaka’s Shantinagar to Jhilmil housing project in Keraniganj.

Mosharraf said work on the three projects will be completed in  30 months since signing of a formal agreement.

The design of the flyover has already been done, he said.