Malaysian Minister for International Trade and Industry Mustapa Mohamed arrived here on Monday on a three-day visit looking for ways to expand trade ties between the two countries.

The Malaysian minister will have talks with Commerce Minister Tofail Ahmed on Tuesday morning at city’s Sonargaon Hotel. 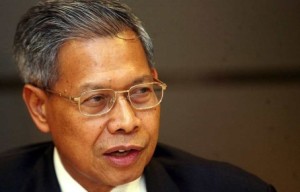 They will discuss ways to expand Bangladesh’s export to the Malaysian market and boost Malaysian investment in Bangladesh, an official at the Commerce Ministry told UNB on Monday.

The meeting with Tofail is also expected to discuss various bilateral issues, including trade and investment, between the two countries apart from reviewing the current bilateral relations.

Tofail will also brief the Malaysian minister about the investment facilities that Bangladesh offers to foreign investors.