The National Bank of Pakistan is feared in its Bangladesh operation as the bank has sustained Rs 12 billion in losses, which, according to initial findings of bank’s Board of Directors (BoD), is a result of “lax management”, forcing the BoD to order an inquiry as it tries to minimise the damages.

After administrative and financial deterioration in the state-owned bank, the State Bank of Pakistan has also sought an action plan including measures to handle credit losses in Bangladesh from the newly constituted BoD, according to official documents. 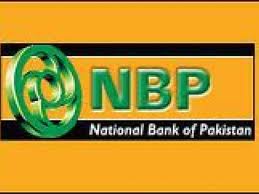 Through its November 28 letter, the SBP asked the Board and its chairman Muneer Kamal to submit an action plan by mid-December, the documents stated. However, the deadline lapsed after the BoD decided to submit a comprehensive plan by end January, officials told The Express Tribune.

The SBP has asked the BoD to improve monitoring of overseas operations in general and that of Bangladesh operations in particular. While talking to The Express Tribune, top officials of the NBP said that the Board had directed to launch an inquiry to determine reasons of the credit losses in Bangladesh in addition to fixing the responsibility.

The officials said that the BoD made Rs9.7 billion “general provision” in its balance sheet on account of anticipated Non-Performing loans (NPLs) in Bangladesh. The BoD hoped that at the end of the day the bank may have to book up to Rs3 billion losses. They said the substantial portion will be recovered.

“A committee has been constituted and the first reaction is that it is less than a fraud but definitely the result of lax management,” said a top official of the NBP who spoke on condition of anonymity.

Sources said in the Electronic Credit Information Bureau report it had been highlighted that the borrowers had fake credentials. Sources said a senior executive vice president, who is also a group chief, was involved in the losses and concerted efforts were being made to protect him.

The SBP warned the newly-constituted board that the financial condition of the NBP was witnessing a gradual deterioration over the past couple of years. It added the deterioration stemmed mainly from the persistence number of weaknesses involving corporate governance practices and the bank’s system and controls.

The SBP has highlighted some serious weaknesses. It said there was weak oversight by the NBP Board and Banks Nationalisation Act of 1974 and NBP by-laws were also violated in certain cases.

In the past, the SBP highlighted the deficiencies but the previous management did not comply with the SBP directions. The new BoD has vowed to improve the affairs within one year.

The SBP had said that there were flaws in credit initiation, appraisal, monitoring and ex-post facto approvals were sought after giving loans.

The SBP pointed out that the NBP management deviated from policies and could not address issues relating to core banking applications. There were also weaknesses in the audit and compliance.

The SBP said that despite acknowledgment of concerns raised by the SBP, progress on implementation of recommendations by the NBP board was discouraging.

Due to these weaknesses “the bank’s profitability has received a very severe blow, which is evident from the bank’s financial statement as of September 30, 2013”, said the SBP.

It added the NPLs against domestic operations also stand at a very high level and there are no significant recoveries either. According to the report, the NBP’s NPLs rose to Rs95.8 billion by end September, which were 13.2% of the total loans of Rs729.5 billion.

The SBP further warned that “the NBP carried a substantial exposure on public sector enterprises, which if not addressed amicably might impact the bank’s income and liquidity adversely”.

The SBP has also sought an early appointment of a chief executive officer and president of the NBP. “Delay in the appointment of a permanent CEO might undermine the efforts to address the issues, which requires urgent and focused attention of the bank’s management and the BoD”.