The 21st Branch of NRBC Bank (NRB Commercial Bank Limited) was inaugurated at Banani in the city. 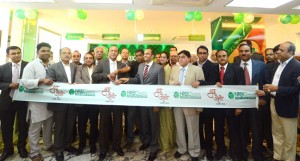 A good number of respectable persons and local businessmen were also present on the occasion.