Pakistan’s Minister of State for Commerce Khurram Dastagir Khan will meet Commerce Minister Anand Sharma to review a roadmap for bilateral trade when he travels to India next month for a SAARC business event.

The meeting will the first of a few likely to be held in the coming months as the two countries gradually resume their peace process after months of tensions over violations of the ceasefire on the Line of Control. 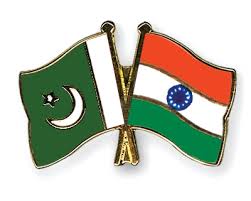 Khan will visit India during January 15-17 to attend a SAARC Business Leaders Conclave and hold talks with Sharma on its sidelines, reports Znews.

“This meeting is essentially on the sidelines of the SAARC meeting. But the Minister of State and the Indian Commerce Minister will meet to review the roadmap that was agreed on by the two Commerce Secretaries in September 2012,” Pakistan Foreign Office spokesperson Tasnim Aslam told a weekly news briefing.

There are certain actions that both countries were required to take by December 2012 for trade liberalisation, she said. “That process was disrupted when the composite dialogue process got stalled,” she added.

Pakistan failed to deliver on a commitment to grant India Most Favoured Nation-status by December 2012.

“At this meeting (in New Delhi, the two ministers) would review what has been done and perhaps chart out a map for the future,” Aslam said.

Asked about media reports that major decisions were expected during the meeting between the ministers and that Prime Minister Nawaz Sharif was likely to announce new measures to improve economic ties with India, Pakistani officials said “both sides will have to take steps”.

Reports said Pakistan might give an assurance to India about reducing the items in the negative list regime from the existing number of 1,209 items.

“There is a huge trade imbalance. Only Pakistan cannot take steps,” a senior Pakistani official said without giving details of what Islamabad is expecting.

India can now export all items to Pakistan other than the 1,209 items included in the negative list. Pakistan Finance Minister Ishaq Dar recently said bilateral ties would have to be normalised before MFN-status could be given to India. His remarks came even after Pakistan assured the International Monetary Fund (IMF), as part of a USD 6.64 billion bailout agreement, that it would grant MFN-status to India.

“We are moving forward to eliminate the negative list on trade with India and extend India the Most Favoured Nation-status,” Pakistan said in a letter to the IMF.

Asked about reports that Pakistan is likely to sign an initial deal for importing electricity from India, Foreign Office spokesperson Aslam said she did not have details and the Power Ministry would have information on how far the proposal has moved.

Indian official said price negotiations are currently on. India has offered to supply 500MW in the beginning and the move could be implemented within a year by laying a transmission line.

A senior government official said Pakistan could import 2,000 MW to 2,500 MW from India to counter an acute shortage of energy that has hit its economic growth.

India has also expressed interest in exporting oil but Pakistani refineries produce low-quality oil whereas India produces oil of Euro 2, 3 and 4 standards and the two sides cannot press ahead with the plan.