Prime Minister of Pakistan Nawaz Sharif has once again indicated that his country is eager to introduce visa free travel to India and he is ready to strengthen ties with the neighbour. On Sunday, Sharif made a strong plea for resuming peace ties with India on immediate basis, saying: “We must aim to dismantle visa requirement between the two countries.”

Talking to the local media in Lahore, the seasoned politician said that the Indian media could play an important role in this regard. According to him, the Indian media persons should try to convince the leadership in New Delhi to sit together with the Pakistani leaders in an attempt to resolve outstanding bilateral issues. 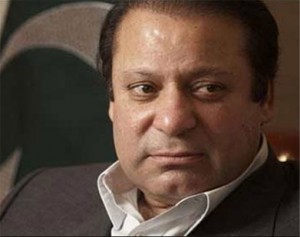 Sharif, meanwhile, admitted that it is not the right time for India to resume talks with Pakistan, as the South Asian country is heading towards Parliamentary Elections. “I understand that India is going to elections so the anti-Pakistani bogey is being raised. But let me assure you that in the run up to the last election, we never raised an anti-India bogey. India and Pakistan are mirror images of each other and, therefore, we must have good ties. This is a necessity,” the premier added.

Sharif made it clear that the main priority of his government would be to bolster the economy and check terrorism. And, according to him, Pakistan requires India’s help in strengthening the economy and in fighting terrorism.

Sharif also agreed to wait another year for resuming talks with India. According to him, India will get a new government after the 2014 Parliamentary Elections and it will be better for Pakistan to resume talks with the new Indian leadership. He believes that a breakthrough can only be achieved after the installation of a new government in New Delhi. “After the elections (in India), there should be a chance that both countries sit down together and resolve disputes over the table,” he said.

Sharif, meanwhile, described former Indian Prime Minister Atal Bihari Vajpayee as a “real statesman”. “Vajpayee sahib was really a statesman. In 1999, he told me that all issues between the two countries, including Kashmir, should be solved within the year itself. I want that talks should be carried forward based on those lines. I am ready. I have said all this before the elections (in Pakistan),” he added.

According to Indian experts, the Pakistani premier tried to come closer to the Bharatiya Janata Party (BJP) – the main opposition party in India – by praising Vajpayee, as there is a fair chance for the BJP-led opposition allies to come to power in 2014.