Petronet LNG Ltd, India’s biggest importer of liquefied natural gas (LNG), is among five global energy firms that have been shortlisted for setting up an LNG import terminal in Bangladesh.

Bangladesh is looking at setting up a 3.5 million tons a year LNG import facility at Matar Bari in Moheshkhali Island of Cox’s Bazar district or Anwara, Chittagong. The terminal, which is to be set up on the build-own-operate basis, will supply gas to power plants. 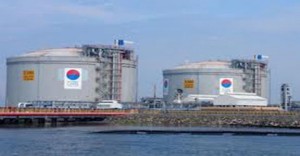 In all 15 firms responded to Bangaldesh’s tender seeking expression of interest by June 30.

Bangladesh is looking at importing gas to ease its energy crisis in southeastern Chittagong region, which was once almost self-reliant in natural gas but started facing a supply crisis in 2006 as output diminished from the Sangu gas field.

Bangladesh’s sole offshore gas well, Sangu-11, was permanently closed in October 2013. As a result, some plants are running below the capacity and a few have been shut due to non-availability of gas.

Sources said the LNG terminal will supply gas to a proposed 1,000 MW combined cycle power plant as well as the existing power plants in Raozan and Sikalbaha through a planned pipeline.

Of the five shortlisted firms, Bangladesh will select a company that will build and operate the terminal as well as procure LNG internationally and transport it to the facility.

It will sell the regassified-LNG to a Government of Bangladesh entity on take-or-pay basis, they said.

Bangladesh is also looking at setting up a floating LNG import facility in Bay of Bengal. The Floating Storage and Regasification Unit (FSRU) of 500 million cubic feet a day capacity can however meet only a part of the growing demand for gas in power, fertilizer, factory and industry.

Petrobangla is planning a floating LNG import terminal with a capacity to handle 5 million tons a year of LNG and a regasification capacity of at least 500 million cubic feet per day at Moheshkhali Island in the Bay of Bengal.

It would have berthing and mooring facilities for LNG vessels with a capacity of 138,000-260,000 cubic meters, with Petrobangla looking to award the construction contract on a build-own-operate-transfer basis for 15 years.

Bangladesh has already extended its memorandum of understanding with Qatar for the import of 4 million tons per annum of LNG, which expired in March 2013, until June 2015. It expects the floating LNG terminal project to be completed by then.