Bangladesh Press Council (BPC) plans to introduce enrollment certificates for journalists to ensure the entry of ‘competent people into the profession and bring about qualitative change’ in the mass media, says its Chairman Justice Mamtaz Uddin Ahmed, reports UNB. 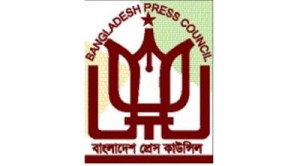 “No one will be able to join the profession of journalism without obtaining BPC enrollment certificates …the certificate has to be obtained through an examination once the system comes into effect,“ he said in an interview with UNB.

Justice Ahmed also said he also has a plan to introduce ‘benevolent’ and ‘relief’ funds for the welfare of the journalist community like other professions, including the lawyers.

“We’re considering a proposal in this regard (enrollment and funds) which will be placed at a Council meeting for approval,” he added.

Justice Mamtaz Uddin Ahmed said he has visited seven districts, including Comilla, Gopalganj and Bagerhat after he took over charge as the BPC chairman on August 6 last year, and exchanged views with the local journalists to know their views.

“Following the discussions with the journalists, I realised that they need certificates for their professional identity. Since journalism is an uncertain and risky profession, they also need benevolent and relief funds for their financial support,” he said.

Asked what about those already in the profession, Justice Mamtaz Uddin said the working journalists will get the certificates upon recommendations by their respective media houses.

Justifying the BPC’s plan, Justice Mamtaz Uddin said the local journalists demanded certificates. “Real journalists in and outside the capital are worried about fake journalists. This is why the Press Council is going to take such an initiative to uphold the image of the journalist community,” he said.

Besides, he said, the Council will propose the government to amend the Penal Code enabling the Press Council to deal with the defamation cases filed against journalist, as those are now dealt with by ordinary courts.

If the BPC is empowered to try journalists on charge of defamation, the cases will be disposed of speedily reducing the harassment from both the parties, he claimed.

Asked about the Press Council’s move to introduce enrolment certificates for journalists, Vice Chancellor of Dhaka University AAMS Arefin Siddique, who is also a professor of Mass Communication and Journalism Department of the university, said: If such certificates are provided to journalists examining a certain level of their competence and qualifications, that will be better.”

He, however, stressed the importance of arranging adequate trainings for the for novice journalists both at home and abroad for enhancing their professional standard.

President of Bangladesh Federal Union of Journalists (BFUJ) Manzurul Ahsan Bulbul said any decision on the media needs to be taken in consultation with all the stakeholders, including the professional bodies.

He, however, said, “Since this Council has no member other than the Chairman, this proposal of providing certificates to journalists cannot be treated as of the Council…whatever he (Council Chairman) has said is his personal.”

“There’s a need for extensive consultations among all the media stakeholders, including journalist leaders, professional bodies before introducing such a system,” he said.