The plant owners have objected to the quality of fuel currently being supplied to them by state-owned Bangladesh Petroleum Corp., which imports required oil products for the privately owned power plants. 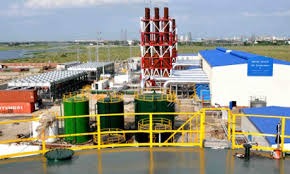 The ministry official, who asked not to be named, said the plants amounted to two-thirds of the country’s privately owned oil-fired plants and had total capacity of about 2 GW. They are seeking permission to import 180 CST fuel oil with 3.5% sulfur content and 0.25% sulfur gasoil.

If allowed, the import costs for the petroleum products would be paid by state-owned Bangladesh Power Development Board, or BPDB, which buys electricity from the plants and supplies it to the national grid.

The power plants are expected to need about 1 million mt of HSFO and 200,000 mt of gasoil annually, the ministry official said.

BPDB would pay the fuel costs plus an additional 9% to the plants, within three months of the imports. The service charge would be reviewed annually, the official said.

Owners of some oil-fired power plants in the country have accused BPC of supplying substandard fuel, which they said has caused mechanical problem at their facilities. They said they have lost significant revenues from the substandard imports.

BPC Chairman Md Eunusur Rahman refuted the plant owners’ claims and said the state-owned corporation was fulfilling its requirement to supply oil to the power plants. He said BPC might incur significant losses and have to idle storage tanks if the private power plants are allowed to import oil independently.

The ministry official said the government would only grant the power plants’ requests to import fuel on their own if they attained no-objection certificates from BPC.

Two privately owned plants have already secured that permission to import HSFO: Khulna Power Company Ltd. and Summit Narayanganj Power Plant, both owned by power conglomerate Summit Group. They are importing around 150,000 mt/year of HSFO to run their plants.

Rahman said BPC granted no-objection certificates to the two firms for a limited time only.

Currently, 35 oil-fired power plants are operational across the country, according to ministry data. Of the total, 23 with a combined generation capacity of 1,787 MW run on 180 CST HSFO, and 12 with a capacity of 393 MW on 0.25% sulfur gasoil.