Ramadan, the ninth month in the Islamic lunar calendar in which Muslims are meant to fast from dawn to dusk, begins on Monday amid the soaring prices of essentials.

Ramadan is a said to be the time of restraint and austerity, and also a time for inner reflection, devotion to the Almighty Allah and self-control. 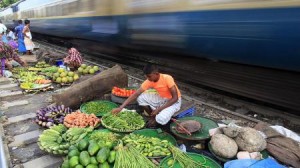 During the month, all government, semi-government and autonomous and semi-autonomous organisations will follow a new office from Monday as announced by the government.

As Muslims concentrate on some specific items like sugar, gram, aubergine, pulse, date and meat for consumption during the fasting month, the prices of those have started soaring despite the government’s announcement to keep the market under control.

The commerce ministry at a meeting on Sunday decided to take stern actions against those who will try to artificially raise the prices of the Ramadan essentials and destabilise the market.

The meeting was told that 14 teams of the ministry are conducting drives in the city to keep the markets stable and the prices under control.

Amid the growing concern over the use of dangerous chemicals, including formalin, in food items, mainly iftar items, 10 mobile teams of the Dhaka Metropolitan Police (DMP) are conducting drives to check the adulteration of iftar and other food items during the Ramadan.