‘After the Rana Plaza incident, I lost my interest to establish a new factory. I was frightened’

The capital machinery imports of Bangladesh’s garment sector declined over 23% in January, shrinking the figure to $23m from $30m last year. 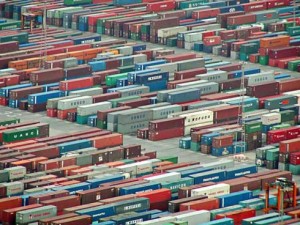 According to the industry insiders, political unrest and labour rights issue disrupted the sector’s expansion plans, which made the capital machinery imports fall.

The year 2013 was marked by prolonged political violence and industrial disasters killing over 1,000 workers.

Investors were not interested to make any fresh investment due to the political unrest, he said. Bangladesh’s $21.5bn apparel industry had seen the deadliest incident last year, the Rana Plaza incident, killing over 1,100 workers.

The factory building collapse raised questions over the workers safety in work place. The local and international outcry after the incident brought the workers’ rights to the spotlight.

“After the Rana Plaza incident, I lost my interest to establish a new factory. I was frightened,” said Azmal Hossain who intended to set up a woven factory.

“At that time the new investment ran risks, and any expansion would have not been a wise step,” the RMG exporter told the Dhaka Tribune.

Ensuring adequate workplace safety for the workers involve a cost of huge sums. The thinking of safety costs also deterred many from implementing expansion plans.

Besides, the vague idea of the safety requirements set by the international retailers’ groups Accord and Alliance held back the investors from fresh investment.

“Investors are not planning fresh investments as they are still not clear about the safety requirements set by the Accord and Alliance,” said BGMEA former president Anwar Ul Alam Chowdhury.

Further, investors lost confidence as the sector was facing order crisis from the international buyers, he added.

Anwar said Implementation of new wage structure was another reason to abandon expansion plans as it increased the production cost.

The new wage structure for the garment workers came to effect in December last year.