NarayanganjAt least 10 people including seven women were killed in a stampede during a major religious festival of the Hindu community at Langalbandh in Narayanganj on Friday morning. 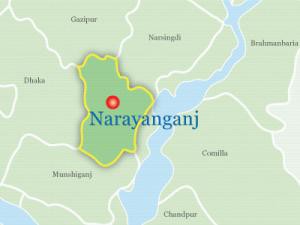 Identity of the deceased could not be known immediately, said Bandar police officer-in-charge Nazrul Islam who confirmed the incident.

The incident occurred when the Hindu devotees marched towards the Bramhaputra river to perform their ‘Punya Snan’ (holy bath) at around 9:15am.

Some of the Hindu devotees blamed a lack of safety precautions and contingency measure and also inadequate number of volunteers for the incident.

Thousands of Hindu devotees from home and abroad gather on the banks of the river for the ‘Ashtami Snan’ on the eighth day of the lunar month which falls in the Bengali month of Chaitra.