But the partitioning of the subcontinent in 1947 forced her family to migrate to Hindu-dominated West Bengal, leaving behind their home in the Muslim-dominated territory then known as East Bengal. 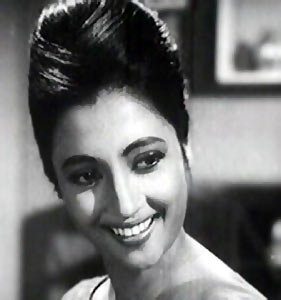 Now, after a drawn-out legal battle and a Bangladeshi Supreme Court ruling, Sen’s childhood house will be turned into an archive in memory of the actress, who died in Kolkata on January 17th at age 82.

“Suchitra Sen is our pride and a symbol of unity between the Bengali Hindus and Muslims,” said Simeen Hossain Rimi, chairman of the Cultural Affairs Ministry parliamentary standing committee. It had recommended the government conserve the house and its memories associated with Sen.

It is unclear who took over Sen’s family home in Pabna district back in 1947 and in 1965, the abandoned building was declared enemy-owned property following the Indo-Pakistan War when many Hindus left for India.

In 1987, the district’s administration claimed the house for itself, leasing it to a trust backed by Jamaat-e-Islami, which turned it into the school Imam Gazzali Institute.

On May 4th, the Supreme Court rejected a plea from the trust to stay at the property. The court directed the Pabna district administration to evict the occupants and preserve the building in Sen’s memory.

“It had been a matter of shame for us that we failed to protect the house where Suchitra Sen was born. The court’s verdict now clears the obstacles to turn the house into an archival centre,” Faruk Hossain Chowdhury, vice president of Pabna Drama Circle, told Khabar South Asia.

“We are extremely happy with the judgment, but our frustration is that it came after the death of the ‘daughter of Pabna’ in January,” Parishad secretary Ram Dulal Bhowmick told Khabar. “She would have been very happy had the court given the order before her demise.”