The government will set up a tax office in each upazila. These offices aim to identify tax payable residents in divisional headquarters and district towns and provide them with e-TINs for bringing them under the tax net. 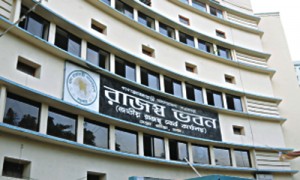 This decision has been taken as the government aims for a huge target of tax revenue. The targeted tax collection is Tk 176,370 crore for the 2015-16 fiscal. Of the total amount, the major portion will come from the Income Tax wing which is Tk 65,932 crore.

The target for collection from VAT has been fixed at Tk 63,902 crore while Tk 46,536 crore will come from customs duty.

Finance Minister AMA Muhith is going to announce the tools for expanding the tax net in his budget speech for 2015-16 fiscal on June 4.

“We’ve no other option, we’ll have to expand the tax net as the government is not going to impose new tax in the coming budget…so this is the only option,” a senior NBR official said.

He said that as the economy of the country is getting stronger day by day, the number of income tax payable individuals is also increasing at the upazila level too.

He added that currently the number of registered taxpayers in the country is only 140,000. “The budget would have some features to motivate people to pay their proper tax in due time,” he said.

Official sources said the ceiling for individual income tax is likely to go up to Tk 240,000-250,000 in the next fiscal, but if it happens the minimum tax amount will also go up and it would be Tk 4,000 for all.

The tax-free ceiling for individual taxpayers remains unchanged at Tk 220,000 since 2012. Currently, taxpayers in the city corporation areas pay Tk 3,000 as minimum tax. It is Tk 2,000 for taxpayers in district towns, municipalities and Tk 1,000 for other areas.

But later the Board decided to reduce it to Tk 135,028 crore due to the political instability in the first three months of the calendar year and sent it to the Finance Ministry for final approval.