The top executive of Norwegian telecommunication giant Telenor says, he is worried over protracted political impasse regarding the next election in Bangladesh.

Jon Fredrik Baksaas, president and group chief executive of Telenor ASA, which has nearly 55 percent share in Bangladesh’s largest mobile phone operator Grameenphone, told reporters in the Thai capital of Bangkok that he expected the bickering political camps would find a quick solution.

“Otherwise”, he said, “A prolonged crisis will hurt foreign investment in the country. We’re very concerned about the political situation.” 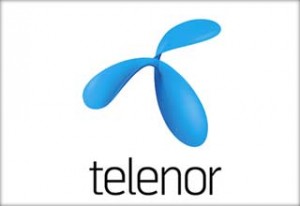 His statement came as he talked to a select group of journalists on the sidelines of the ITU Telecom World 2013, an event sponsored by the United Nations.

Top officials of the public and private sectors, including ministers, regulators, telecom experts, consultants and academics took part in the four-day gathering that ended on Friday.

Baksaas said he has concerns over growth of the telecommunication sector amid escalating tension as it would hurt foreign investment, maybe in short term. He said other sectors would also be affected if telecom sector feels the pinch.

He said the sector’s growth usually remains stressed when violence breaks out, and in the current situation new investors will wait until a congenial environment returns.

Baksaas said his company has plans to continue to invest “a significant” amount in Bangladesh after getting licensed for 3G services. “If it hits the telecom sector, it also hits other sectors,” he said.

Baksaas has been the president and CEO of Telenor Group since June 2002.

Earlier, he served as Telenor’s deputy CEO, chief financial officer and executive vice president with the overall responsibility for Telenor’s network and communication services in Norway.