BCB has awarded Top of Mind, a media planning company, the team sponsorship rights for Bangladesh’s home series against Pakistan this month. The agreement was reached on Tuesday after their contract with Aamby Valley, an affiliate of Sahara India Parivar, was cut short 15 months before it was scheduled to end. 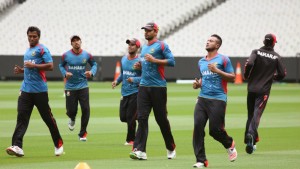 BCB revealed last Friday that they had issued an advertisement seeking a new team sponsor after the two parties’ deal ended in March. On April 5, BCB president Nazmul Hassan said that a number of companies had submitted their bids but none of them quoted a price to BCB’s liking on the last day of submission. Top of Mind and Grameenphone, which was the team sponsor for the eight years before Sahara, were the two highest bidders and were asked by the BCB to bid again.

“We asked the top two bidders to re-bid,” BCB CEO Nizamuddin Chowdhury said. “They did so and we are pleased to announce that Top of the Mind has won the team sponsorship rights. We cannot disclose the amount but we are more than happy with it.”

Their four-year deal with Sahara, which included branding rights for the national team and the national cricket academy, title sponsorship and in-stadia sponsorship for 2012-13, was worth USD$ 14 million.