A three-day tourism fair has begun in the port city of Chittagong on Friday, pulling in 16 local and foreign participants.

The Bangladesh Monitor, a travel publication, is organizing the fair, Chittagong Travel Mart-2013, for the fifth time in the port city. 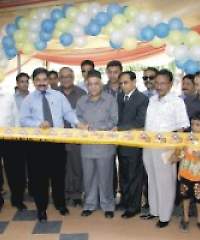 If projected properly, Chittagong with its natural beauty, biodiversity and historical heritage could become a sought-after-tourist destination, he said.

Alam urged the government to build Chittagong and its neighbouring districts—Rangamati, Khagrachhari, Bandarban and Cox’s Bazar—into a special tourism zone.

Kazi Wahidul Alam, editor of the Bangladesh Monitor and also chairman of the fair, also spoke.