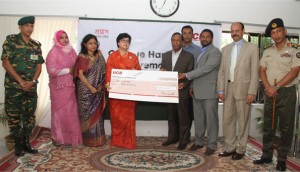 United Commercial Bank Limited is the largest private commercial bank of the country. UCB is firmly devoted to all sorts of social causes and is actively practicing Corporate Social Responsibilities (CSR) as a core part of operation since its inception in 1983.