The cotton-picking season in Uzbekistan has officially finished, but according to reports, teachers and schoolchildren continue to labor in the fields. Provincial leaders are known to apply physical force against farmers failing to meet cotton targets, while a recent report suggests that income from cotton production may bypass the state budget. Few people associated with the authoritarian republic are surprised by the report’s findings. 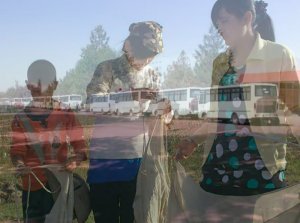 Uzbekistan is famous for forced labor and child labor in particular. In 2009 a publication by The School of Oriental and African Studies (SOAS) in London claimed that at least 86% of schools in the districts encountered by the study during the 2008 cotton season were subjected to compulsory recruitment requests from the government. Recruits were children between the ages of 11 and 14, who were expected to gather between 15-70 kilograms of cotton per day depending on their age and the stage of the harvest. Six years later, despite the relative success of an ongoing campaign to force manufacturers to boycott Uzbek cotton, little has changed inside the country. Uzbekistan was the sixth biggest producer in the world last harvest, and kids are still contributing to the cause.

A report produced last month reveals that income from the harvest goes into an opaque extra-budgetary sovereign wealth fund called Selkhozfond, about which almost nothing is known. The authors of the Soros working paper Uzbekistan’s Cotton Sector: Financial Flows and Distribution of Resources, who cooperated with a former government official in producing the report, had to make full use of their sources just to learn the full name of Selkhozfond director Shukrullo Umurov.

In an interview with Uznews.net, a news service run by Uzbek expatriates, one of the report’s authors, Alisher Ilkhamov said he was sure Uzbek President Islam Karimov was the fund’s main beneficiary.