A recent feasibility study at the country’s coastal belt has found a ‘moderately good prospect’ for wind energy.

According to official sources, Indian company ReGen Powertech has been conducting the study in Chittagong and Cox’s Bazar, reports UNB. 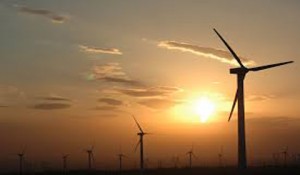 Md Abdur Rouf Miah, Director (Sustainable Energy) of the Power Cell, a technical wing of the Power Division, confirmed about the positive indication of wind power possibility, but said it will need to wait for another six months to reach a conclusion over the study outcome.

“The study will complete after the collection of another six months’ data. Then, it’ll be justified to reach a conclusion,” he added.

According to official sources, the initial data found the speed of wind in Chittagong and Cox’s Bazar revealed that the wind is blowing at a speed between 4-5 miles per second against the minimum requirement of continuous speed of 2 miles per second.

The speed is found from the 85 metre-height towers installed as part the feasibility study for wind mapping.

The officials said more improved turbines and other machineries are made available in the world market to utilise the low prospect of wind power.

As a contractor of the state-owned Power Development Board (PDB), ReGen will conduct such a study at some more locations across the country and then install a 15MW plant to generate wind power through a pilot project.

The PDB signed the contract with an Indian firm in 2012 for the feasibility study on the development of wind-power plants in five districts in Bangladesh.

Apart from the Re-Gen’s study, the Asian Development Bank (ADB) and USAID are also engaged in wind mapping to determine the wind power prospect in Bangladesh.

Officials said the ADB is conducting study at Anwara of Chittagong, another coastal site at the country’s eastern part, while USAID is engaged in seven more sites for study on wind mapping.

Bangladesh had undertaken an initiative a few years back to utilise the wind at the coast for power generation, but the initiative ‘fell flat’ with no bidder participating in a tender for setting up a 100MW plan in the offshore.

So far, two very small plants are now under operation with very insignificant capacity which more frequently remain out of order. One plant, having 900 KW capacity, was installed at Muhuri Dam in Sonagazi of Feni while another project of 1000 KW Wind Battery Hybrid Power Plant at KutubdiaIsland in 2008 with 50 Wind Turbines of 20 kW capacity each.

The PDB has planned to implement 50-200 MW Wind Power Project at ParkyBeach, Anwara in Chittagong on IPP basis while it primarily identified 22 potential sites for wind Resource mapping across the country.