Despite all odds in society and lagging of women behind men in many sectors, the country’s girls are going ahead of the male counterparts in the medical education, suggest the recent trends.

The current ratio of women in higher education is 33 percent, but the female students in the two top government medical colleges have outnumbered the boys in the past three years, reports Prothom Alo. 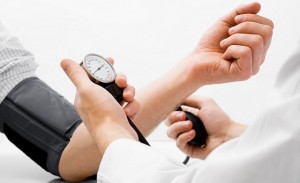 On average 57 percent of the students enrolled with the Dhaka Medical College (DMC) in the previous three years is female, official records show. The girl students have slightly surpassed the male students at Sir Salimullah Mediical College (SSMC) during the same period.

The heads of the two institutions termed it a positive development reflective of the women’s increasing progress in society despite the obstacles faced by the women in many areas.

On the bigger picture of national enrolment with primary and secondary schools, the number of female students has exceeded the boys in recent years.

An investigation by this correspondent found that the female students performed much better than male students on an average both in admission tests and previous academic results – the criteria for admission at the medical colleges.

About the women’s incentives for joining the medical profession, vice principal of Sir Salimullah Medical College Professor AZM Shakhawat Hossain said that a female student is more interested in becoming a doctor as a physician is quickly absorbed in job or can herself create a job.

The college authorities say the number of female students at the medical colleges is likely to increase in the years to come, thanks to sincerity, determination and hard work by female students to overcome the challenges.

However, Prof. Shakhawat Hossain expressed his view that time has come to fix certain quota for the male students the way it was once maintained for the female students to bring parity between the male and female professionals.

He also pointed out that female students are not found to be willing to take surgery as their academic course. “In next 8-9 years, we may face shortage of surgeons in the country unless we address this issue,” he added.

In past three years, a total of 590 students were admitted at Dhaka Medical College. Of them, 335 or about 57 percent were female students. The rate of girls’ enrolment increased by two percentage points in the 2014-15 session, which is 72nd batch.

The SSMC saw enrolment of 622 students in the three years and of them, over 50 percent was female. However, the percentage of female student declined by about 5 percent in the 2014-15 (43rd) batch.

Asked about interests in medical education, Syeda Atia Tahsim and Tanzina Siddique, students of 72nd batch of the DMC, echoed the same sentiment and said they had fixed their target to become MBBS doctors as medical profession provides one honour and financial solvency.

SSMC student Muhtarim Ashra has a passion to serve the distressed humanity. “I had a dream of serving the people addicted with drugs and bringing them back to normal life. This profession, I hope, will us the opportunity to fulfill my dreams in the years ahead,” she said.