The cabinet has approved the proposal for amendment of constitution to pave the way for restoring the parliament’s authority to impeach the Supreme Court judges for misconduct or incapacity.

Once Constitution (16th amendment) Act-2014 is passed in the parliament, it will raise public confidence upon the judiciary, Cabinet Secretary M Musharraf Hossain Bhuiyan said while briefing media on the amendment move. 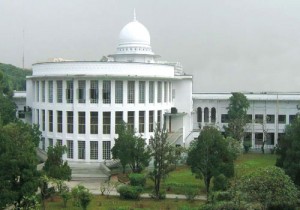 he approval came at a regular meeting of the cabinet at Secretariat with Prime Minister Sheikh Hasina in the chair on Monday.

The Bangladesh Law Commission opined in favour of the amendment during the cabinet meeting, Musharraf said.

The law ministry will now complete the procedure to place it as a bill in the upcoming parliament session scheduled to begin on September 1.

According to the existing constitutional provision, the Supreme Judicial Council comprising the chief justice and two other senior most judges of the Appellate Division investigates allegations of misconduct against any SC judge and makes necessary recommendations to the president.

The president then takes steps as per the suggestions. He can also impeach a judge for having physical and mental incapacity to properly perform the functions of his office.

The current provision has to be scrapped to restore the parliament’s authority.

But the Awami League-led government in early 1975 conferred the power on the president through the fourth constitutional amendment.

The AL-led government kept the system almost as it was, while passing the 15th amendment to the constitution in 2011.