Airtel Bangladesh Ltd, one of the fastest growing mobile service providers of the country, has announced that the Airtel 3G network has been further stretched over significant parts of the two biggest metropolitan cities of Bangladesh, Dhaka and Chittagong, as a part of their 3G roll out plan. 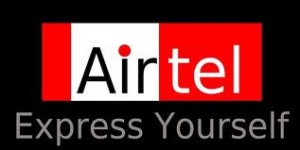 With the update of coverage in these areas, Airtel has the fastest growing 3G network expansion in the country. An aggregated number of nearly 400 BTS towers activated with 3G network has ensured Airtel to multiply its reach to provide the customers with the best in class 3G experience. Customers can check the list of  3G available areas by dialing *121*7*4#

Commenting on the rapid growth of the Airtel 3G network, Chris Tobit, CEO and Managing Director, Airtel Bangladesh Limited said, “At Airtel, we take pride in providing the most superior quality of experience for our customers and will always take the necessary steps to develop the industry. In line with this promise we have been working hard and have been able to cover significant areas of the two most important cities of the country, Dhaka and Chittagong. The rest of the areas of these two major divisions will be covered by the end of December, 2013. Airtel is committed to cover the rest of the country under the 3G service by 2014”

Airtel Bangladesh Ltd is committed to enrich and enhance the service experience of Airtel’s valued customers with the availability of 3G coverage, as it spreads across the country. It is one of the fastest growing mobile services providers in Bangladesh and is a concern of Bharti Airtel Ltd, a leading global telecommunications services provider. The company offers a wide array of innovative mobile services, including voice, value added services, data and m-commerce products and is focused on expanding its state-of-the-art mobile network both for coverage and capacity.

Bharti Airtel is a leading global telecommunications company with operations in 20 countries across Asia and Africa. Headquartered in New Delhi, India, the company ranks amongst the top 4 mobile service providers globally in terms of subscribers.

In India, the company’s product offerings include 2G, 3G and 4G wireless services, mobile commerce, fixed line services, high speed DSL broadband, IPTV, DTH, enterprise services including national & international long distance services to carriers. In the rest of the geographies, it offers 2G, 3G wireless services and mobile commerce. Bharti Airtel had over 281 million customers across its operations at the end of October 2013.