Bharti Airtel (“Airtel”), a leading telecommunications service provider with operations in 20 countries across South Asia and Africa, today said that it has become the third largest mobile operator in the world in terms of subscribers. 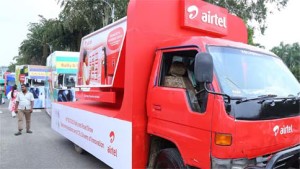 As per the latest data published by WCIS, Airtel with over 303 million mobile subscribers across its operations, has moved up one position in the global rankings, says a press release.

Airtel began operations in November 1995 in New Delhi (India) and in less than two decades it has emerged as one of the top brands in the emerging markets with an unmatched scale and diversity of operations. The Company pioneered the low-cost business model based on outsourcing that has allowed it to expand its services rapidly and give customers affordable access to mobile telephony.

Sunil Bharti Mittal, Chairman, Bharti Airtel, said, “This is a major landmark in the journey of Airtel and underlines the strength of our business model and our brand that is loved by customers across 20 countries. Today, we seamlessly manage global scale operations in diverse geographies and deliver the same world-class services to each customers, this perhaps is one of our biggest achievements. I want to thank our employees and our business partners for supporting us through this exciting journey and with the mobile internet play about to happen in the developing world, things will only get brighter from here on.”

Airtel’s mobile networks cover over 1.85 billion^ people across its operations in 20 countries and carried over 1.23 trillion minutes of calls and over 333 petabytes of data in FY 2014-15.

In India, Airtel has one of the largest bouquet of mobile services offerings for customers – including 2G, 3G, 4G, Mobile Commerce and other Value Added Services. Its distribution channel is spread across 1.5 Mn outlets, with network presence in 5,121 census and 464,045 non-census towns and villages in India covering approximately 86.8% of the country’s population. Airtel has the largest rural mobile customer base in India with over 100 million mobile customers (from rural markets).

In Africa, Bharti Airtel is the largest mobile operator in the Continent in terms of geographical footprint. It offers 2G, 3G services and Airtel Money across all 17 countries in Africa. Airtel Money is one of the largest and fastest growing m-commerce services on the continent and with data adoption leading the growth on the continent, Airtel is well positioned to leverage the opportunities.

In Bangladesh, Bharti Airtel is the fastest growing mobile operator, with a distribution network comprising over 146K retailers across the country. The company offers a wide range of 2G and 3G services in Bangladesh, including voice, value added services, entertainment, m-commerce and m-health.

In Sri Lanka, Bharti Airtel offers a range of mobile services which includes voice, data and enterprise solutions on its state-of-the-art 2G and 3G HSPA+ network. Airtel’s 3G presence across over 70% of its network is amongst the highest 3G ratio available across the subcontinent.

Bharti Airtel Limited is a leading global telecommunications company with operations in 20 countries across Asia and Africa. Headquartered in New Delhi, India, the company ranks amongst the top 4 mobile service providers globally in terms of subscribers. In India, the company’s product offerings include 2G, 3G and 4G wireless services, mobile commerce, fixed line services, high speed DSL broadband, IPTV, DTH, enterprise services including national & international long distance services to carriers. In the rest of the geographies, it offers 2G, 3G and 4G wireless services and mobile commerce. Bharti Airtel had over 324 million customers across its operations at the end of March 2015.