Almost 600 Bangladeshi citizens have been missing ever since they embarked on perilous sea voyages between October 31, 2013 and April 15 this year to illegally migrate to Malaysia, a non-governmental organisation (NGO) has said. 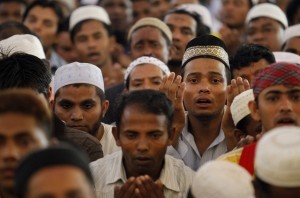 While submitting a list of these human trafficking victims to the National Human Rights Commission (NHRC) of Bangladesh, the Coordination of Action Research on Aids and Mobility (CARAM), a Malaysia-based NGO, expressed concern over the rising number of trafficking victims in the country, reported The Daily Star.

Mohammad Harun Al Rashid, regional coordinator of CARAM Asia, said that they were yet to see any stern action from the government and pointed out that there was no official data on the victims.

The organisation also urged the government to trace and repatriate them.