Dhallywood’s superstar Ananta Jalil always has surprises for his fans. Famous for the dialogue “Oshombhob Ke Shombhob Korai Ononter Kaj (Ananta’s job is to make the impossible possible),” Ananta has emerged as a writer in this Ekushey Book Fair. 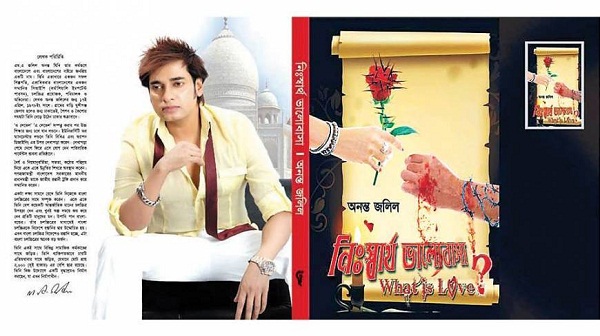 Based on the story of his latest film Nisshartho Bhalobasha, his first novel of the same title will be available in the book fair from today at the stalls of Shabdoshilpo Prokashoni (stall no 171 and 172, Suhrawardy Udyan).

Ananta’s big Eid release Nisshartho Bhalobasha was tremendously popular among the movie-goers of the country.

The actor/producer has made his mark in the movie industry of the country, with his impressive stunts and new storytelling concepts.

Starting from his first movie Khoj-The Search, Ananta has only moved forward towards stardom with his films like Speed, Most Welcome and Hridoy Bhanga Dhew. He has recently started the shooting of his upcoming action-packed movie Most Welcome-2.