Bangladesh is expected to come out of the Financial Action Task Force’s (FATF) grey list today, meaning there would be a great reduction in the costs and time line of financial transactions with the rest of the world.

“We are very hopeful as we have fulfilled all conditions for being excluded from the list,” said M Mahfuzur Rahman, executive director of Bangladesh Bank, reports The Daily Star. 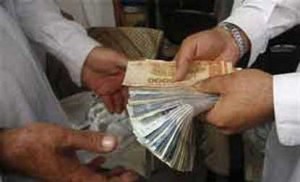 In October 2010, the FATF gave Bangladesh time-bound 28 action items needed to bring its anti-money laundering and counter-terrorist financing measures to international standards. The panel is scheduled to meet in Paris today to review the country’s progress in the action plan.

At present, financial transactions involving the country’s businessmen and institutions are complicated and cumbersome due to intense scrutiny for being on the ‘grey list’.

So far, the government has largely addressed its action plan, which includes enacting the Money Laundering Prevention Act and has amended the Anti-Terrorism Act 2009 to make them align with international standards.

To facilitate international cooperation, Mutual Legal Assistance on Criminal Matters Act 2012 has been passed, while money laundering and terrorist financing offences have been included in the schedule of the Extradition Act 1974.

The government has formed a national coordination committee to make policies and directive on anti-money laundering and combat financing of terrorism.

To facilitate exchange of information and intelligence, Bangladesh Financial Intelligence Unit (FIU) has signed memoranda of understanding with 16 foreign FIUs and has obtained membership of the Egmont Group, a group of FIUs that meet regularly to collaborate in information exchange, training and expertise sharing.

The government has taken steps to strengthen the FIU and ensure its operational independence.

To enhance inter agency information and cooperation, ‘primary contact point’ has been established in 21 ministries, divisions and agencies.

In November last year, a team of the Asia-Pacific Regional Review Group of FATF made a two-day visit to Dhaka to verify the measures taken.

A high official of the finance ministry’s banking division said the government has future plans to strengthen its anti-money laundering and counter-terrorist financing measures, the outline of which would be presented at the plenary meeting in Paris.

Foremost among the plans is the formulation of a national strategy for 2014-2016 to combat money laundering and terror financing, he said.