Dhaka Gladiators lawyer Nawroz MR Chowdhury has told the media after the verdict. Three-member tribunal formed by the Bangladesh Cricket Board has announced the verdict on Wednesday. 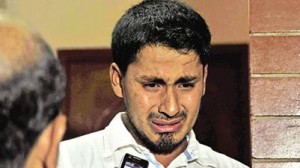 The tribunal was formed to conduct the hearing of the fixing allegation brought by the ICC (International Cricket Council) from the second edition of Bangladesh Premier League.

In May 2013, the Dhaka Tribune and a national Bangla daily revealed the ICC Anti-Corruption Security Unit’s (Acsu) visit to Dhaka in order to investigate dubious on-field incidents from a couple of games in the BPL 2 in February 2013.

At that time, Mohammad Ashraful confessed to wrong doing and named several others who he claimed were involved in fixing – both in the BPL and in the international arena.

On August 14, 2013 the ICC charged nine individuals with fixing activity and related offences. The charges related to spot and match fixing by players and officials of two time BPL champions Dhaka Gladiators and failure to report corrupt approaches.

Three months later, the BCB formed a three-member tribunal headed by Justice Khademul Islam Chowdhury, a former judge of the Supreme Court, to look through all the objections, allegations and applications made by Acsu and the accused.

The tribunal held its first full hearing on January 19, where only one of the nine accused were present. It is not clear if the accused faced the tribunal on that day.

Afterwards, the tribunal took steps to ensure that all of the accused were present at the hearings and now at long last, the first ever fixing scandal in Bangladesh cricket is set to come an end.