The Australian job search site Seek has forked out $5 million in cash for a 25 per cent stake in fast-growing Bangladeshi jobs site Bdjobs, as it continues its growth strategy in Asia.

The acquisition was made using Seek’s cash reserves, facilitated via a proportional sell-down by early stage investors. 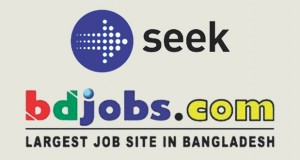 It grants the Australian company representation on Bdjobs’ board as well as typical protections relevant to a minority shareholding.

“We are excited about this investment in a large, early stage, market leading online employment site in Bangladesh,” Mr Lenga said.

“We look forward to working with the Bdjobs team to capitalise on the growth opportunities.”

Bdjobs has enjoyed a 30 per cent compound annual growth rate in earnings before interest, tax, depreciation and amortisation over the last three years, with EBIDTA margins upwards of 55 per cent.