Preparation for holding the Amar Ekushey Grantha Mela is going on in full swing at the Bangla Academy premises.

Though traditionally the fair has been held at the Bangla Academy, this year Suhrawardy Udyan would also hold the fair. 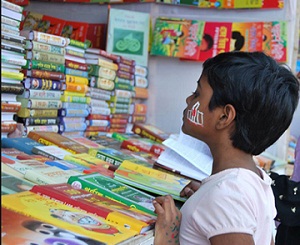 “We have been holding the fair on the Bangla Academy premises for a long time. This year we have extended it to Suhrawardy Udyan to accommodate an increased number of publishers,” Murshid Anwar, deputy director of Bangla Academy told the Dhaka Tribune.

Suhrawardy Udyan will hold the regular publishers, while Bangla Academy will hold government, non-government organisations, and the media centre. The latter will also hold several cultural programmes, and discussions, he said.

“Although we are not worried we have tightened security measures,” said Anwar.