Bangladesh is one of the first countries to legislate on acid attacks with the enactment of the Acid Control Act in 2002 while the Supreme Court of India directed earlier this week to all States and Union Territories to put in place draft rules to regulate the sale of acid by this fiscal-end has once again brought to light India’s sluggishness in addressing acid crime. 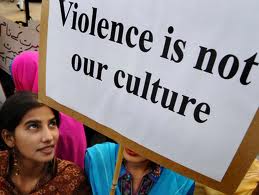 In fact, India has long lagged behind first Bangladesh and then Pakistan in specifically criminalising acid attacks. It was only earlier this year that the Centre — on Supreme Court’s prodding — amended the criminal law to punish perpetrators of acid attacks with 10-year imprisonment.

This contrasts sharply with neighbouring Bangladesh and somewhat even with Pakistan. Bangladesh has had an acid law for over a decade now and is often flagged as exemplary in this regard. In fact, it was one of the first countries to legislate on acid attacks with the enactment of the Acid Control Act in 2002. Under the Act, the unlicensed production, import, transport, storage, sale and use of acid was made punishable with a prison sentence of three to 10 years.

In the sub-continent, Pakistan came a distant second in putting in place the legal instruments to specifically deal with acid attacks. The penal code and the criminal procedure code were amended in 2011 to provide maximum of life imprisonment for perpetrators of acid attacks. But, as is the case in India, Pakistani provinces are yet to legislate to regulate the sale of acid and other corrosive substances.