Bangladesh candidate Captain Moin Uddin Ahmed has been elected the next Director- General of International Mobile Satellite Organisation (IMSO) on Thursday in London, the Bangladeshi embassy said in a statement yesterday. 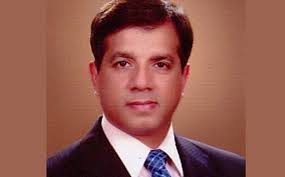 IMSO is an inter-governmental organisation with 99 member states whose main purpose is the oversight of public satellite safety and security communication services provided by mobile satellite communication systems.

This is the sixth election Bangladesh has contested and won in the past six months. The other elections were for Chair of Commonwealth Parliamentary Association, President, Inter-Parliamentary Union, Member, UN Human Rights Council, Member, International Telecommunication Union Council and Member, UN Committee on Elimination of Discrimination against Women .

The consecutive election victories at the UN and other inter-governmental organisations bear testimony to the successful pro-peace and pro-development foreign policy pursued by Dhaka.

IMSO was set up in 1979 as Inmarsat and was renamed IMSO following the adoption of IMSO Convention and Operating Agreement in 1998. Qatar is also its member. 