Pakistan is the only country in the region with negative leather products export growth rate even export of Bangladesh has surpassed country’s exports. 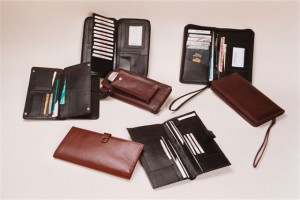 All the countries in the region are using imported hides/skins to boost their exports but unfortunately despite negative growth rate of Pakistan the government imposed 1 percent duty on import of hides and skins, which would further decline our exports, said Agha Saiddain Chairman regional Standing Committee on leather industry Federation of Pakistan Chambers of Commerce and Industry, Lahore.

He said letters were also written to chief executive officer Pakistan Trade Development Authority and related ministries in order to devise a strategy bringing back the exports of leather and leather products more than $1.10 billion.

Agha said leather sector the second largest export earning value added industry of Pakistan with annual exports of $1.144 billion and was an employment intensive providing jobs to more than one million people remained in hot waters.

He said chronic stagnation of leather sector started since 2007-08 though there was an increase of 12.67 percent in our export of leather and leather products in July-April 2014 but the country was lagging far behind in the region.

Government should include raw hides and skins in the sixth schedule of Sales Tax Act 1990 like cottonseed (raw cotton).

The leather industry having tremendous growth potential will become 3 billion dollar industry in the next 3 years if encouraging government support with provision of level playing field is ensured.

He the value added leather industry was very much perturbed due to un-business friendly policies of the government besides power and gas load shedding. He emphasised the need in the best interest to facilitate this second biggest export sector of the country to avoid import sales duty plus sales tax upto 17 percent, which would be fatal and completely un-acceptable by leather sector.