Although much of the Sustainability Compact for Bangladesh programme has been put into practice, the reality is that there is still much more to do, European Commissioner for Trade Karel De Gucht said at an informal OECD Ministerial meeting on the Rana Plaza Aftermath, according to the European Commission website.

Mr. De Gucht said it is most urgent that the Bangladesh Government soon enacts and implements regulations on labour reform.

He said Bangladesh’s labour law still needs to address restrictions on trade union formation and membership, no later than in the next iteration of the labour law reform. Further, the improvements in labour rights must be extended to the Export Processing Zones (EPZs). 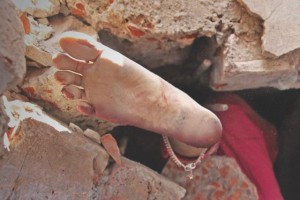 He stressed that the recruitment of labour inspectors needs to be accelerated, inspections need to proceed and their results published.

According to Mr. De Gucht, it is necessary that all the enabling conditions must be in place, not only in law but in practice, for workers to organize into trade unions and make their voice heard at the factory level.

He said, “Inspections must be followed by structural improvements to improve safety. Bangladeshi industry has a key role to play here.”

The European Commission would support the joint ILO and OECD initiative to organize a High-Level Roundtable on Responsible supply chains in the textile and garment sector, Mr. De Gucht informed. “We will support this forum for dialogue among all governments and stakeholders in these sectors and are ready to contribute financially to the development of further guidelines for this sector.”