Bangladesh and Myanmar have reached at an agreement to find out possible ways to promote bilateral trade to the annual level of $ 500 million, which is now about $ 100 million, through establishing smoother connectivity.

The agreement was reached at the seventh meeting of the Bangladesh-Myanmar Joint Trade Commission (JTC) held in Naypyidaw, the capital of Myanmar, from January 14-15, reports UNB. 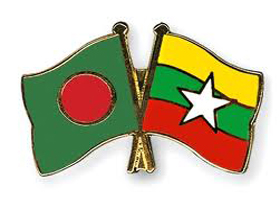 Mahbub Ahmed underscored the importance on connectivity and expressed satisfaction on completion of air service and operation of flight between Dhaka-Yangon-Dhaka and finalisation of the draft of shipping agreement between the two countries.

He emphasised on the establishment of road connectivity and drew attention to the fact that as demand growth of the developed countries is likely to remain weak in few more years greater weight is needed to be put on regional trade.

The meeting ended in the spirit of mutual understanding and cooperation.