Singer Shakira has released  “Can’t remember to forget you”, the first single of her new album, featuring pop star Rihanna, at the Ryan Seacrest’s radio show. 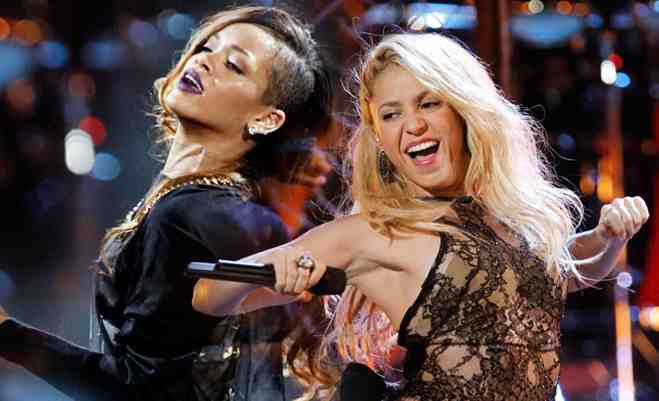 The new single was released Monday night on “On-Air With Ryan Seacrest” and is now available via Sony Music worldwide, said a statement.

The single will feature in her upcoming fourth English and overall tenth album, which will come out March 25.

In another report, the pop star she took some time to get used to the male-dominated music industry, but she learnt to be a sport.

According to people.com, the 36-year-old told Glamour magazine: “Dealing with boys at work and being the only girl can be challenging. I have my insecurities, but I’ve learned I have to be a good sport.”

The “Whenever wherever” singer feels that a person should be strong enough and should avoid taking jokes personally.