Bangladesh Petroleum Corp (BPC) will sell 170,000 barrels of naphtha to MRI Trading in May at a premium of $1.15 a barrel to Singapore quotes on a free-on-board (FOB) basis, the highest price in more than a year and sharply up from a previous sale.
Five firms competed for the tender, which was reissued on short supply, for loading over May 28-30 from Chittagong, a BPC official said. 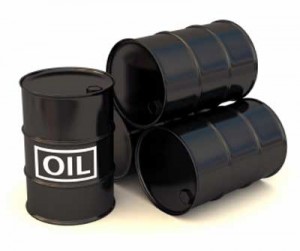 This was the highest bid that BPC has received since March last year.
Vitol Asia won the original tender with a premium of 12 cents a barrel, for May 10-12 loading, but the tender was cancelled as the refinery was unable to supply on time.
The state-owned company last sold a cargo of the same size to trading firm Socar in February at a discount of 11 cents a barrel to Singapore spot quotes.
In March 2013, a BPC naphtha tender attracted a premium of $2.39 a barrel to Singapore quotes from the Singapore arm of Chinese trader Unipec.
Asian naphtha crack for front-month first-half July was at $129.70 a tonne, making this the lowest front-month value since March 19, Thomson Reuters data showed.
On average, the 1.5 million tonnes per year Eastern Refinery, a subsidiary of BPC, exports one 170,000 barrel naphtha cargo about every 45 days.
It resumed exports of naphtha in November after a four-month halt for maintenance and repairs at its sole refinery.
Apart from exporting, BPC sells naphtha domestically to privately owned Super Petrochemical.
BPC is importing 1.3 million tonnes of oil in 2014 for the Eastern Refinery, up more than 8 percent from a year earlier.
-Reuters